A central component of the project included a VoIP based crash phone system which allows the ATCT to immediately contact the airfield Communications Center, ARFF station, and the local 911 center to create a conference bridge by picking up a telephone receiver. During elevated events the ATCT can send a separate notification sound to the ARFF station via a button in the cab which also opens the apparatus bay doors. The ARFF alerting system notifies fire personnel of a specific event by playing a unique tone over the overhead paging system. Crash call audio is also immediately heard over the speakers. Red lamps were added in the bunk rooms which are activated upon events to allow fire personnel to better adjust their vision to night events and improve response times.

IP Design Group also incorporated redundant components in each system to minimize downtime including a unique patching system for the ARFF alerting system which allows technicians to perform maintenance on the system and still maintain normal operation of the system. 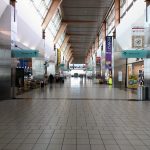 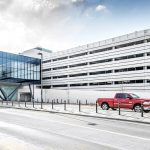